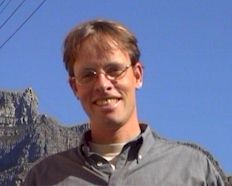 “Since childhood I wanted to go on a long cycling journey. I took a piece of string, measured 12000km on my globe, pinched then one end into Frankfurt and checked the results. It ended up in up in China, than in South America and in the end at the southern tip of the African continent.”